ADORATION TO THE OMNISCIENT!

At that time the Bhagavat was absorbed in a meditation, called Gambhīrāvasambodha. And at the same time the great Bodhisattva Āryāvalokitesvara, performing his study in the deep Prajñāpāramitā, thought thus: ‘There are the five Skandhas, and those he (the Buddha?) considered as something by nature empty.’

Then the venerable Sāriputra, through Buddha’s power, thus spoke to the Bodhisattva Āryāvalokitesvara: ‘If the son or daughter of a family wishes to perform the study in the deep Prajñāpāramitā, how is he to be taught?’

On this the great Bodhisattva Āryāvalokitesvara thus spoke to the venerable Sāriputra: ‘If the son or daughter of a family wishes to perform the study in the deep Prajñāpāramitā, he must think thus:

‘There are five Skandhas, and these he considered as by their nature empty. Form is emptiness, and emptiness indeed is form. Emptiness is not different from form, form is not different from emptiness. What is form that is emptiness, what is emptiness that is form. Thus perception, name, conception, and knowledge also are emptiness. Thus, O Sāriputra, all things have the character of emptiness, they have no beginning, no end, they are faultless and not faultless, they are not imperfect and not perfect. Therefore, O Sāriputra, here in this emptiness there is no form, no perception, no name, no concept, no knowledge. No eye, ear, nose, tongue, body, and mind. No form, sound, smell, taste, touch, and objects. There is no eye,’ &c., till we come to ‘there is no mind, no objects, no mind-knowledge. There is no knowledge, no ignorance, no destruction (of ignorance),’ till we come to ‘there is no decay and death, no destruction of decay and death; there are not (the Four Truths, viz.) that there is pain, origin of pain, stoppage of pain, and the path to it. There is no knowledge, no obtaining, no not-obtaining of Nirvāna. Therefore, O Sāriputra, as there is no obtaining (of Nirvāna), a man who has approached the Prajñāpāramitā of the Bodhisattvas, dwells (for a time) enveloped in consciousness. But when the envelopment of consciousness has been annihilated, then he becomes free of all fear, beyond the reach of change, enjoying final Nirvāna.

‘All Buddhas of the past, present, and future, after approaching the Prajñāpāramitā, have awoke to the highest perfect knowledge.

‘Thus, O Sāriputra, should a Bodhisattva teach in the study of the deep Prajñāpāramitā.’

Then when the Bhagavat had risen from that meditation, he gave his approval to the venerable Bodhisattva Avalokitesvara, saying: ‘Well done, well done, noble son! So it is, noble son. So indeed must this study of the deep Prajñāpāramitā be performed. As it has been described by thee, it is applauded by Arhat Tathāgatas.’ Thus spoke Bhagavat with joyful mind. And the venerable Sāriputra, and the honourable Bodhisattva Avalokitesvara, and the whole assembly, and the world of gods, men, demons, and fairies praised the speech of the Bhagavat. 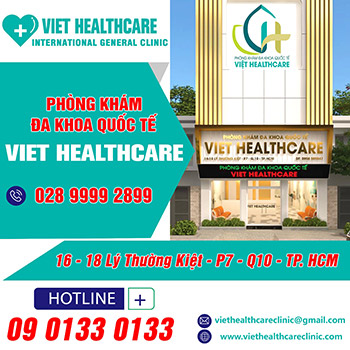